IX: Enlightenment: A Constant State of Being

November 13th, 2021: While on my previous post, I did mention I would speak about something very important within our reality. 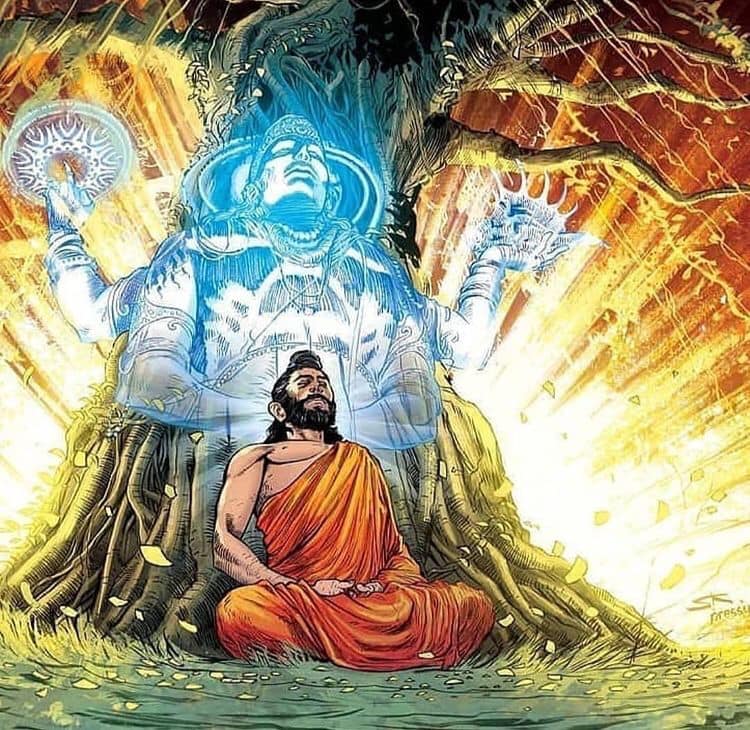 However, when I woke up last night, I realized something slightly less important needed to be said first.

My mind had been feeding itself small amounts of discouragement for writing these articles. That is because these words are unlike anything I have ever done in the past. I was writing for myself, knowing full well that very few people would be able to receive the esoteric messages contained within. And at the same time, I knew that revealing so much about my negativity would have the potential to throw me in doubt because of how others could read the words and perceive their own reality.

The world is a negative that most believe to be a positive. News is constantly trolling us with bad vibes by letting us believe that near every corner we turn is danger, scams, and threats to our way of life. Our entertainment is swimming with the same kind of attitude and, takes it a step further by glorifying violence and a mentality of competitiveness in dialogue and action.

We push morality as a type of obedience to other selves. However, without the spiritual knowledge to give adequate love to ourselves, this is an impossible task that often manifests itself as a restricting of our freedom and our personal enjoyment.

When I was slightly younger, I had a break with reality. At the time I was attempting to comprehend the vast abyss between myself and an enlightened state of being, reflected in this was how awful and hellish society appeared to me at the time. I found myself wandering the streets, shouting and looking like a lunatic. There I saw a young child who looked at me and said “He is a spiritual teacher”. This seemed like a statement out of a movie or something. It made me speechless. I questioned if I actually heard that correctly or not, but it became an undeniable and clear memory to me.

Since the first time I read ancient spiritual literature, I have always desired to be a great spiritual master of some sort. One with abilities to do what most humans believe is not possible. They always seem to know exact words to say or contain some sort of special ability that defies physics or logic. I always believed in the potential for a complete Enlightenment or a seemingly perfect state of being as has been espoused by the disciples of these great masters, but never did I consider myself as a part of that mastery over life.

I found an internal logic for this. It was programming the mind for more success by allowing myself to always be correct and positive. As any sage would be. I decided to make a podcast to speak with other people about our spiritual views. I found myself constantly on edge. Anytime someone would say something about their experience I would want to correct them with the higher perspective. One of being more empowered or positive. This felt good to do, because it was as though I was giving them something they needed in order to make their life more enlightened. Though, at the same time I know I wasn’t allowing them the space to be themselves which would cause me to disregard aspects of reality, since they were too negative to indulge.

As time went on, I started to be paranoid of what I said on the podcast. I didn’t quite feel as though I was giving the most advanced information I could. Like I wasn’t really streaming my words from the highest, most pure place. I decided to delete my podcast, and redo the entire thing. I did this several time. Each time, I deleted it with the intention of never teaching anything to anyone again. I always felt as though I needed more enlightenment or more insight to actually give someone something they could use.

I always felt like I didn’t understand myself in its complete form, so I wrote a book called “Trusting All That Is” in order to cleanse self-doubt from my being once and for all. I wrote the book and really dived deep into what I knew about what we call spirituality. I explored beyond the methodology, and unlike a podcast, had plenty of time to divulge in detail, stringing together the best words I could find.

Only a few people decided to read it and no one has commented on whether they found it useful or not. The book was my synthesis of a wide range of spiritual teachings I have utilized. Many of which appeared to oppose each other in methods towards enlightenment. Though the book was coming from my actual experience of an enlightened state (not just mimicry), it still felt to be lacking a complete Enlightenment, a complete purity, and a complete originality.

Of course from my knowledge, there is no end to Enlightenment. Still though, there are levels that can manifest in our perception of wisdom and light. Perhaps, these masters are further along their spiritual quest, than I, coming from densities that are higher than 3rd or 4th. Luckily, knowing the principles of Zen, I always assume that spiritual advancement is only breadth of hair away.

Though, once anyone claims a full Enlightenment, they are hit hard with many skeptical comments about being cult leaders, dangerous and fraudulent. Many more will be more subtle by saying “If you claim Enlightenment, you don’t have it. Because Enlightenment is not something an individual can obtain for their ego.”

This is all true, moreover, the warning and the claiming are the same. If an individual can identify someone who does not have Enlightenment, it would imply that they know what it is, through and through. The same as any individual who recognizes someone as having it. This is in line with the idea that we are all already enlightened. We are all the Buddha, we are all Christ and only have to shift our perception slightly to notice it.

Knowing this, I feel as though I already arrived. Feeling as though I have already arrived, feels as though I am deceiving myself. Just yesterday I helped my mother pick up groceries at the store. This ordeal always gives me brief moments of irritation. These moments of irritation would mean less than nothing to most individuals. That is because many are always in a constant state of negativity anyways, and have no reason to shift towards a more enlightened state.

For me, if I am not in an enlightened state I would feel as though Enlightenment would be impossible. At every interaction, and at every moment I am aware of what I am doing correctly to integrate or alleviate the energy of the situation and what I am doing that is only helping me recognize what is not integrating or alleviating the energy of the situation.

I stopped writing here. This is a monumental expression. My mind had expected me to write something more on this topic. I felt as though I would go into detail about the various obstacles to a more preferable state. Yet, miraculously a single loop has been completed of the thousands I have opened with the paragraph written above.

While there may seem to be more to say, I will have to leave it here for now, so that anyone reading is left with the potential energy contained therein. I know that some day we will all be able to see through the shadows in one piece. Its illusions will be the illusion of the one mind shining through the visible void as the light of our own consciousness. Shivai, and Hare Ganesh.